Police Brutality in Los Angeles—When Will it Stop?

In 2020 the nation’s eyes were opened yet again to police brutality when George Floyd was killed in the hands of his arresting officers. After repeatedly telling the officer, who had his knee pinned to his neck, that he could not breathe, Floyd died, leaving many in the nation disgusted with police enforcement, systemic racism, and the legal system.

After this event, cases of police brutality in the country became clearer to more and more people. In special concern, too, are the cases specifically within the Los Angeles Police Department (LAPD), whose shootings have killed double the amount in 2021 than the previous year, said The Guardian.

On December 18 of 2021, two men were shot and killed in separate incidents on the same day, said The Guardian. In a response to a domestic violent report in South Central, the LAPD were looking for a man in his 30s. They found Rosendo Olivio Jr, 34, who fit that description, shot and killed him. Olivio was holding a folding knife, a butane lighter, yelling threats, and allegedly ignoring commands, reports The Guardian. Shocked family members of Olivio, a father of four, questioned his involvement in a violent domestic dispute. The area he lived in South Central is known for many incidents of police scandal and the shooting of civilians.

The second shooting that day was of Margarito Lopez, 22. Also holding a knife and ignoring commands, the LAPD shot Lopez twice, according to the LAPD News Release, posted on Twitter. After ignoring commands to drop his knife, Lopez was first shot with a 40 Millimeter Less-Lethal Launcher foam projectile, which was ineffective. Continuing towards the officers with his weapon, Lopez was shot a second time with the same gun and killed. He was pronounced deceased at the local hospital. 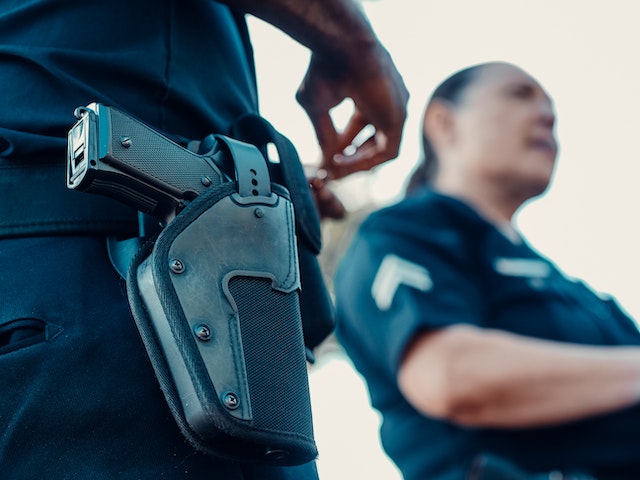 Police shootings continued with the tragic death of Valentina Orellana-Peralta, just a few days before Christmas on December 23. The 14-year-old and her mother were shopping for dresses in a Burlington clothing store in North Hollywood when police opened fire, aiming for an armed suspect in the store. Orellana-Peralta died in her mother’s arms in the dressing room. She was trying on dresses for a quinceanera, reported the LA Times. “It was not immediately clear what prompted the officers to shoot.”

The last two shootings of December 2021 were of a man who allegedly was shooting his gun in the air on Christmas Eve, said The Guardian. The LAPD shot him, leaving him in critical condition. The last shooting of the year was of a man holding a knife at a gas station. The LAPD shot him dead on site. These shootings mark the highest number of shot or killed civilians in Los Angeles in 2020, 2019, or in the past 15 years.

LA Police Department Chief of Police, Michael Moore, has pointed to the post COVID-19 fallout for Los Angeles families and how it has affected them financially and psychologically in cases of crime. Officials in LA struggle to correct the cyclical problem of crime in their community without proper services to “keep them from returning right back to the street,” reported the Los Angeles Daily News.

This year alone there have been 21 deaths (until July), reported the New York Times, who compiled a complete list of those killed by police in Los Angeles deemed a homicide by the medical examiner-coroner’s office. According to the report, nearly all of the deaths were men between the ages of 20 and 39, with black people representing 24% of the killings. Is Justice Possible? A Civil Rights Attorney is Here to Bring your Case to the Forefront

All of this is extremely sobering to take in and if you know anyone who has been affected by police excessive force or even death, then these killings can spark even more outrage. We cannot stand by and not hold those who abuse power accountable for their actions. Cameron Sehat, Esq. and attorneys for The Sehat Law Firm is here to help bring justice. If your civil rights were violated from police brutality, excessive force, prison guard misconduct or anything else, please reach out to us. We service Los Angeles, Orange, San Bernardino, Riverside and neighboring counties.