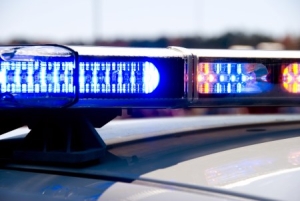 Although numerous women had reported being raped by Los Angeles Police Officers Luis Valenzuela and James C. Nichols, charged recently with Rape Under Color of Authority in Los Angeles, nobody did jack about it until one of the victims filed a lawsuit in 2013.  Though the first woman reported being attacked in 2008, the two alleged rapists were not charged with a crime and were allowed to continue working as cops with guns and badges, and during the intervening years they continued to prey on vulnerable women.

One tragic aspect of this crime being allowed to continue is that these women were drug addicts and sex workers; statistics show that many women with these kinds of life problems have been victimized sexually as children, and continue to act out because they were already treated like garbage, sometimes by the very people who were supposed to protect them, so they view themselves as less valuable and live with a level of emotional pain that few understand.

One wonders if the Police Department would have delayed acting on the complaints for years if the victims were college girls or businesswomen. But when faced with a lawsuit, which the city ultimately settled for over $500,000.000, the LAPD woke up: guess what? This is the United States of America, not Nazi Germany.  Even addicts and sex workers have Civil Rights!

Los Angeles Police Chief Charlie Beck has been doing a lot of backpedaling, trying to explain why these rapists were not taken off the street sooner. But actions speak louder than words, and it is clear that the LAPD failed to act on the complaints until they were forced to confront the situation in the Civil Rights lawsuit which one of the victims filed in 2013, at which time they rapidly moved the alleged rapists to desk jobs, most likely to stem the flow of lawsuits, bad publicity, and money.

It took a special kind of courage for this vulnerable woman who had been raped by police to stand up to her attackers, despite the real danger of retaliation. We are all grateful to her for exposing this atrocious abuse of power and of the public trust.

With similar cases making headlines around the country, it is frightening to contemplate how many attacks are going unreported or if reported, ignored. At Sehat Law we understand how scary it is to fight back. You may feel nobody will listen to you, especially if you have any kind of a record. Nothing could be further than the truth.

A Los Angeles Law Firm that Defends Your Civil Rights

Once you have filed a lawsuit in Civil Court, if anything happens to you it would look like retaliation, so fighting back is your best defense. Sehat law firm is dedicated to defending your Civil Rights against abuse of authority by police and other officials.

In the United States, we are not supposed to allow people, even people who have made mistakes, to be marginalized like the Jewish people were in Nazi Germany, so that they are fair game for predators acting with the authority of the state. Nobody wants a police department which operates like Hitler’s Brownshirts.

By filing a civil lawsuit you will be defending all of us from becoming a police state. My name is attorney Cameron Sehat, and I am very sorry that you have been attacked by somebody who has been sworn to protect and defend.  I understand how scared you are to come forward, but I promise you that our team of dedicated Civil Rights Litigation Lawyers will be at your side as you stand up to your attacker(s) and expose the police officer(s) who attacked you. We will help you to obtain justice, and will be most grateful to you for helping us all to rid our communities of criminal police.