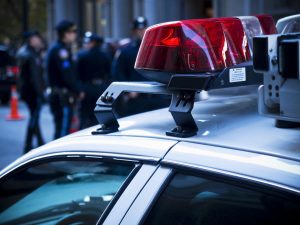 According to an L.A. Times report , Police Misconduct accounted for 22% of the $880 million in legal settlements Los Angeles taxpayers bore between July 2005 and 2018. Though $193.6 million is a lot of money, the human cost of police misconduct is much higher. The suffering inherent in situations where police misconduct is so egregious that it results in huge settlements to victims or their surviving family members cannot be measured in numbers. Moreover, the officers involved are likely also traumatized by whatever situation resulted in being sued for violating somebody’s civil rights.

Being a police officer is a dangerous, stressful, sometimes lonely job. Police often feel alienated from others in the community because they encounter people at their worst every day.  Without help to process the negative encounters they deal with each day, many police become dysfunctional, unhappy and even suicidal.

Over 90% of the nation’s police departments require psychological screening as part of the hiring process to see if candidates are suitable for police work. The screening usually involves written tests such as the MMPI. The tests are designed to detect personality disorders and suitability for the job. There’s also usually an interview with a licensed psychologist. Although the pre-employment screening can accurately assess whether someone is a good candidate for police work before hiring, there’s no later measurement of whether that person remains mentally and emotionally stable after being on the job for a period of time and facing negative and dangerous situations on a daily basis. At times a police department has ignored red flags or poor results on the pre-employment psychological screening, and this can lead to disastrous consequences.

Failing to Protect the Public from Unsuitable Candidates for Police Work

When a government agency gives somebody a badge, a gun and power over others in the community, there should be a standard of care to protect the community from people who are unfit to wield this power. In some cases, gross negligence on the part of police departments places people in the community in grave danger. Two notorious cases of negligence on the part of the police department are the cases of New Orleans police officer Antoinette Frank and Cleveland police officer Timothy Loehmann.

In 1995 NOPD officer Antoinette Frank and her young lover, drug dealer Roger Lacaze killed three people in a planned robbery of the family-owned Kim Anh Vietnamese Restaurant, where Frank had worked security, was on friendly terms with the family and was frequently treated to free meals. Her victims included NOPD officer Ronald Williams and two young members of the Vu family, their son Cuong Vu, 17, and daughter, Ha Vu, 24.

One wonders how Antoinette Frank got a job as a police officer, even in a department like the NOPD which has long been notorious for employing police who are themselves criminals. The answer is that Frank failed her psychological assessment tests and lied on her job application but was hired anyway in 1993 because the department was short-handed. She performed poorly on the job and at one point it was recommended that she return to the academy for more training, but this never happened. Consequently, two years into the job, she committed the robbery-murders at the Kim Anh restaurant.

Timothy Loehmann, the officer who gunned down 12-year-old Tamir Rice in 2014, had lied on his job application about a previous job as a police officer, saying that he resigned from his job at the Independence Police Department, when in truth he had been dismissed due to being unfit for police work. Although a Cuyahoga County grand jury declined to bring criminal charges against Loehmann for killing the twelve-year-old child, he was finally dismissed three years later for lying on his job application. After being dismissed from the Cleveland PD, he was hired by yet another Ohio Police Department, the Bellaire PD, to serve as a part-time officer. After a public outcry he rescinded his job application and hopefully, Loehmann will not be hired as a police officer again, though there is no guarantee of this since we don’t have standardized nationwide rules regarding who qualifies to serve as a police officer.

The above two examples are extreme, however they are by no means isolated instances of police departments hiring recruits who should never be given authority and power over others.  Hiring standards vary nationwide, with some police departments doing inadequate psychological screening while others have no psychological screening of candidates. There is currently no nationwide standard for police recruitment or eligibility, despite rampant civil rights violations by individual police and in some cases, rogue police departments.

The Job Itself Causes Some Officers to Become Mentally Unbalanced

Even when departments do a thorough background check and psychological screening of police candidates, the job itself can cause a normal person to become unbalanced. In most cases where a police officer is involved in major litigation due to police misconduct, there’s a record of behavioral problems which escalated over time without supervisors acting to discipline the officer involved, get that person help or remove her or him from duty. In many cases a department will keep a problematic officer on despite numerous behavioral red flags.

Is it surprising that a job dealing with stressful situations every day, including dangers from criminals, departmental politics, and the isolation and frequent stigmatization police experience in the community could cause someone to develop a few problems? Common problems caused by the prolonged and untreated stress of police work include

Some reports estimate that we lose more police to suicide each year than to being killed in the line of duty. Though being a police officer is one of the most stressful jobs a person can hold, there’s a reality-based fear of stigmatization that keeps a cop from seeking therapeutic counseling. Police culture demands that officers be strong and fearless. Many police feel that seeking professional help to deal with the stressors inherent in the job would be viewed as an admission of weakness.

Some departments require that officers report whether they are seeing a mental health professional or taking medication. For a police officer to be under care of a mental health professional is viewed as a liability. However, if we had a nationwide requirement that all police officers receive regular counseling and therapy to remain fit for duty it could help reduce incidents of police misconduct and the costly burden of civil rights lawsuits.

Providing Regular Therapy for Police Can Save Lives

To stigmatize police for seeking help and counseling to deal with the stressors they face each day on the job makes little sense. If, instead of allowing individual police departments to set standards for hiring, we require all departments to meet a national standard of psychological testing and background checks before hiring we can avoid more tragedies like the deaths in Cleveland and New Orleans. Moreover, if we could go a step further, and require mandatory ongoing counseling and therapy for active police officers it would remove the stigmatization Officers fear and make getting regular help and support just another part of the job.

By making ongoing therapy a mandatory part of being a police officer we could help police to remain emotionally healthy and stable, keep our communities safer, and greatly reduce the tragedies and the financial burden of police misconduct.