The spotlight on how officers mistreat black individuals during arrests is still shining bright, as another black person falls victim to excessive and/or blatant force by police officers. Only three days into the New Year, Keenan Anderson died after being held down and tased for more than 30 seconds straight by Los Angeles police officers, who were there due to a call about an accident. He was only 31 and begged for someone to assist him during the last few moments he had, even saying they were going to George Floyd him as recently released body cam footage showed.

Patrisse Cullors is the co-founder of the Black Lives Matter movement and the cousin of Keenan Anderson. CBS News reported Cullors telling the Los Angeles Times she was outraged that the LAPD did not ask her cousin if he needed medical assistance. Instead, they treated him like he was a criminal. Officers were responding to a hit-and-run accident, as the body cam footage showed.

“My cousin, Keenan, was actually really scared and he was asking for help repeatedly, and unfortunately that’s not what he received from LAPD,” Cullors told the Los Angeles Times. 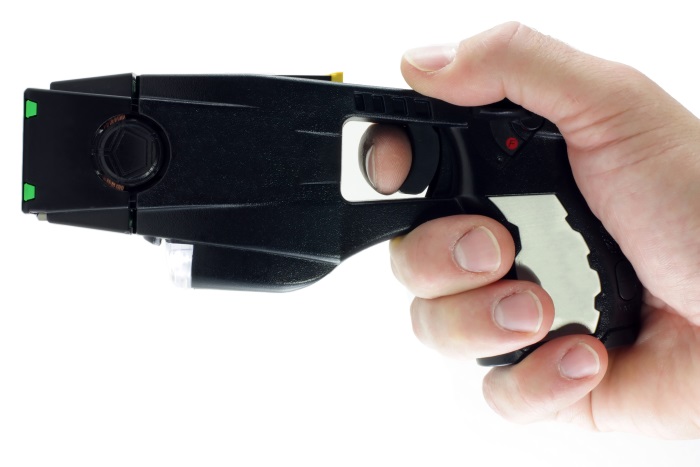 Besides Anderson’s death, the LAPD has already had two additional officer-involved deaths. LAPD Chief Michael Moore said during a press conference that he shared concerns about these three deaths, acknowledging the need to investigate further upon gathering all the information. The two other deaths were of 35-year-old Oscar Sanchez who was shot to death in his apartment. Police said Sanchez yielded a spear and chain he picked up after initially dropping it. He then charged at officers with the spear and they fired many rounds.

The other death was of Decar Smith, who was tased and shot to death. Police received a call that Smith had broken a restraining order, which led LAPD inside Smith’s apartment. Officers said Smith threatened them with a large knife and though they tried other methods to calm the already escalated situation, Smith was shot and killed.

Another case involving an officer-involved death from tasers was in Oklahoma. Back in 2019, Jared Lakey was killed when two former officers tased him over 50 times despite him not having any weapons. After a guilty verdict in 2021, the two former officers were convicted of second-degree murder.

The New York Times reported medical providers had told the family that he died from multiple heart attacks.

USA Today reported on several taser deaths back in 2021, showcasing the deadly force tasers can cause, if misused. However, many police forces are not trained properly or not enough, as Lon Bartel, a Taser master trainer and director of training and curriculum for VirTra, a company that helps law enforcement train through virtual reality scenarios based on what they would encounter while out in the field, told USA Today, saying taser training doesn’t go in-depth like it needs to.

The dangers of not knowing which one has shown in many untimely deaths. The answer may lie in more training on when and how often officers should use tasers.

It goes without saying that excessive force from police needs to end. It is a tragedy when someone becomes seriously injured or even dies from this sort of mistreatment. If you or a loved one has suffered in this way, we are here to help. Please contact the Southern California civil rights attorneys at The Sehat Law Firm. Lethal force from police must end and justice needs to be met.