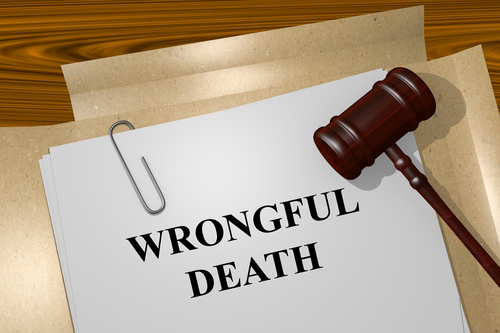 Thankfully, the high court has drawn the line at a cop killing a 13-year-old child who was walking down the street holding a toy gun in a non-threatening manner (pointed at the ground) and minding his own business.

Thirteen-year-old Andy Lopez was walking past an empty lot on Moorland, near the West Robles intersection in Santa Rosa on October 22, 2013 at a few minutes after 3:00 p.m.  He was carrying an airsoft replica of an AK-47 assault rifle. These toy guns are designed to look like real weapons, but they can be distinguished by an orange tip on the barrel. However, the tip had broken off the barrel so Andy’s gun did look like a real assault weapon at first glance. These toys shoot non-lethal projectiles such as plastic BBs.

Deputy Erick Gelhaus, patrolling the neighborhood, mistook Andy’s toy for a real gun and he called for backup, stopped his patrol car, took cover behind the car door and aimed his police-issue 9 mm handgun at Andy then shouted at the boy, who was several yards ahead of the patrol car, to drop the gun. Andy, who was found in the autopsy to have traces of marijuana in his system, was likely confused by the order and started to turn around.

Because Andy Lopez was not facing the police at any time, he likely didn’t know who yelled out to drop the gun, or even if the command was directed at him since to his mind he was carrying a toy. Andy was more likely than not turning around to find out what was going on. At this point, within three seconds of ordering Andy to drop the gun and without identifying himself as a police officer, Gelhaus opened fire on the child while he was turning, shooting him seven times.

The Code of Federal Regulations 10 CFR 1047.7 – Use of Deadly Force states that a protective officer may only use deadly force if

The legal question in Estate of Andy Lopez v. Gelhaus is whether a reasonable person would believe Andy Lopez posed an imminent threat of death or bodily harm to the shooter or others.

Both the FBI and the US Department of Justice investigated the Andy Lopez shooting, and they concluded that there was not enough evidence to bring criminal charges against Erick Gelhaus. Their investigation concluded that, despite the fact that the toy gun was still pointed at the ground when Gelhaus opened fire there wasn’t sufficient proof that Gelhaus willfully used excessive force when he killed Andy Lopez. Erick Gelhaus was allowed to return to desk duty on December 9, 2013. The following August he returned to street patrol duties and has since been promoted to sergeant.

Hoping for a measure of justice for their son, Andy Lopez’s parents, Rodrigo Lopez and Sujay Cruz, filed a civil lawsuit in Federal Court on November 4th, 2013.  Sonoma County and Erick Gelhaus countered with a motion for summary judgment, stating that Gelhaus was entitled to qualified immunity as a peace officer because he believed his life and the life of others was in imminent danger.

The U.S. District Court in San Francisco found that, although the toy gun Andy was carrying looked like a real weapon, he did not raise it in a threatening way or do anything else to cause a reasonable person to believe he was planning to use the gun. Although he began to turn around when Gelhaus shouted out “drop the gun!” he was likely confused and while the gun did rise slightly as a result of Andy Lopez’s bodily motion of turning, it was still pointed at the ground when Gelhaus opened fire, three seconds after shouting the order. Gelhaus’s first shot hit Andy Lopez in the arm he was carrying the toy gun in, disabling him so he could not have raised or fired the toy gun.  However, Gelhaus continued to shoot, even after Andy was down on the ground.

The court found that there were questions of whether a reasonable person would use deadly force against a thirteen-year-old child in a similar situation where the youngster wasn’t pointing the gun at anyone or behaving in a threatening way. The federal district court ruled that a jury should decide whether Gelhaus’s actions were objectionably reasonable under the circumstances.

The standard of proof is much lower for a civil case. The jury must decide whether it is more likely than not (51-Percent) that Eric Gelhaus could have taken another action such as issuing a second clear command before opening fire on Andy Lopez. The jury will be asked to decide whether it was more likely than not a use of excessive force to continue to fire on the child after shooting him in the arm that was holding the toy gun, thus disabling him so he could not have used the gun, whether it was a toy or a deadly weapon.

Far for being sorry for Andy Lopez’s tragic death, Sonoma County and Sergeant Erick Gelhaus have maintained Gelhaus acted like a reasonable person and was within the scope of his power when he gunned the thirteen-year-old down, a mere three seconds after ordering him to drop the gun. They have put the Lopez family through prolonged anguish in their quest to escape all accountability for Andy Lopez’s death and they have also wasted taxpayers’ money by drawing out this case for five years, first appealing to the 9th Circuit and, when that court upheld the District Court’s ruling they tried to bring the case before the United States Supreme Court.  However, the nine Supreme Court Justices unanimously voted to deny a writ of certiorari to review this case.

After five years of legal battles, the Wrongful Death Lawsuit filed by Sujay Cruz and Rodrigo Lopez, Andy Lopez’s mother and father, will finally go forward.  Andy Lopez was a thirteen-year-old child when he was gunned down for carrying a toy gun and for not responding with instantaneous obedience to deputy Eric Gelhaus’s command. By his own account, Gelhaus opened fire three seconds after ordering the minor child to “drop the gun!”

Had he lived, Andy would be eighteen now, maybe entering college, falling in love for the first time, enlisting for military service, or any of a whole world of possibilities. Instead, his candle was abruptly snuffed out because, for whatever reason, he did not obey Deputy Eric Gelhaus’s command instantly and precisely. Do we really want police to have this power of life and death over us and our children? How fast do police respond to real emergencies?

There’s a common platitude circulating in police academies that goes, ‘Better to be tried by twelve than carried by six.’ Eric Gelhaus is going to get his trial by twelve. Finally, a California jury will be allowed to decide whether his action of shooting a minor child seven times, even continuing to shoot after the boy was lying on the sidewalk critically wounded, was objectively reasonable.

Hello, my name is Cameron Sehat. As an attorney who specializes in Civil Rights litigation, it is my life’s work to defend our Constitutional right to be free from wicked and unlawful abuse of power by police and other public servants. There’s no worse example of police abuse of their discretionary power and of the public trust than for an officer to gun down a thirteen-year-old boy who, for whatever reason, did not obey his command instantaneously.

If you or somebody you love is victimized by a police officer, prison guard or other public servant, don’t hesitate to contact Sehat Law Firm. We will fight with you every step of the way, even taking your case to the Supreme Court. Together we can uphold our Constitution and fight to keep our communities, our children and ourselves safe from trigger happy police who demand instant obedience, even by people who aren’t breaking any law.