You prayed each day that your son, who was addicted to heroin, would not join the thousands of people who die each year of opioid overdoses.  Perhaps when he was arrested for possession of heroin you hoped that our criminal justice system would offer him the option of going to rehab or drug court, and that his arrest would ultimately help him to recover and resume a healthy life.

To your horror and everlasting grief, soon after your son was arrested he died of heroin withdrawal in jail without being given the medical assistance he desperately needed. Jail guards and medical staff ignored his plight as his withdrawal symptoms grew increasingly severe, and he died alone and untended after hours of excruciating anguish. His death could easily have been prevented if the nurse used the correct medical protocol when he told her he was addicted to heroin during intake, or if jail personnel rendered medical assistance as his obvious, visible symptoms worsened.

While this tragedy is horribly unjust, it is not uncommon as a growing number of opioid addicts are left to die from withdrawal in jails across the nation without being given any medical assistance. 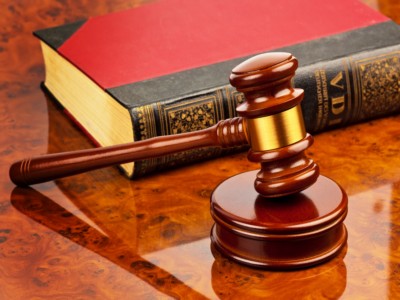 In the case of Gordon v. County of Orange, Mary Gordon’s nightmare commenced on September 8, 2013 when her son Matthew was arrested by Placentia police for possession of heroin and transferred to Orange County jail. During his intake assessment at 6:47 p.m. Gordon told the nurse, defendant Debra Finley, that he was addicted to heroin, and used 3 grams a day through IV. Despite this, she chose to use the CIWA form, designed for alcohol-withdrawal, rather than COWS, the correct form for opiate withdrawal. Nurse Finley was the first in a series of O.C. Jail personnel whose reckless disregard for Matthew’s safety led to his death from heroin withdrawal less than 30 hours after his arrest.

After selecting the CIWA form, Nurse Finley consulted with a consulting physician, Dr. Thomas Le. Dr. Le issued an Opiate Withdrawal Order, prescribed Tylenol (pain), Zofran (nausea) and Atarax (anxiety). He ordered Gordon to be placed in regular housing rather than the jail medical unit. If Nurse Finley had used the COWS form, protocol would have been to place Matthew Gordon in the medical unit, where his physical condition could be monitored. This almost certainly would have prevented his death.

While waiting 10 hours to be transferred to general population, another inmate observed that Matthew vomited continuously for 30-45 minutes. A major cause of death from opioid withdrawal is dehydration, brought on by vomiting and diarrhea, not being able to keep fluids down.  If Matthew was in the medical unit being observed and monitored, he could have received fluids through IV.

After Matthew’s intake assessment, he was basically ignored by medical staff and guards. Once he was in general population, another nurse, defendant Brianne Garcia, administered the prescribed meds on three occasions and did nothing further to assist Matthew. Defendant Deputy Denny, the guard responsible for doing the routine health and safety check rounds prescribed by law, made his rounds at three different times. Although safety regulations state that the deputy making the rounds must visibly view each inmate to ensure their safety and health, Denny admitted during his deposition that he could not see Matthew from the 12-15 foot-distant corridor he walked during the rounds which was also elevated around 6 feet off the floor of Tank 11. At no time did Deputy Denny stop and view Matthew to ascertain whether he was okay.

Matthew was transferred to Module C, Tank 11 at 8:00 a.m. September 9 with a module card which advised deputies that he required medical attention. At approximately 10:46 p.m. inmates yelled “man down” to the deputies. Deputy Denny then checked his condition. Denny testified in his deposition that Matthew’s face was blue, his skin was cold and he was unresponsive. Matthew Gordon was transferred by paramedics to Western Medical Center in Santa Ana where he was pronounced dead at 11:00 p.m. on September 9, 2013, just under 30 hours after he was admitted to O.C. Jail.

The Opinion published in the Wrongful Death lawsuit brought by Matthew’s mother, Mary Gordon, describes in further detail the medical neglect Matthew suffered in jail which caused his death.

Why Are Prisoners’ Rights and Safety Systematically Ignored or Violated?

According to a June 2017 report published by the ACLU titled Orange County Jails (p.13), 48 in-custody deaths occurred between 2010 and 2016 of people under the control/in custody of Orange County Sherriff’s Office. The D.A.’s office is required to submit a report to the California Attorney General of each death which occurs while a person is in sheriff’s department custody. All Orange County District Attorney reports have determined no culpability on the part of any Sheriff’s Department employee. It has become a matter of routine for the D.A.’s office to rubber-stamp any and all abuse or neglect by Police or Sheriff’s department employees and deny all culpability. Click on the link above to read the ACLU report for a detailed account of alleged abuses within the Orange County Jail system.

No criminal charges were brought against those responsible for Matthew Gordon’s health and welfare while he was in Orange County Jail. Those responsible still have their jobs. We, the taxpayers pay their salaries. When careless, sloppy work by Deputies and other jailhouse staff or the alleged frequently sadistic abuse of those in jail leads to serious injury or death, the steepest price is paid by the victims of jailhouse abuse and neglect and their loved ones.

In an attempt to seek justice for her son Matthew, Mary Gordon filed a federal Civil Rights lawsuit in July 2014, naming Orange County, the O.C. Sheriff’s Department, the Orange County Health Care Agency, the Sheriff’s Department and Health Care Agency employees who were either directly or indirectly responsible for the medical neglect which led to Matthew’s death, as defendants. The Sehat Law Firm represents Mary Gordon in this action.

The Federal District Court for the Central District of California granted a summary judgment in favor of the defendants in this case, stating that there was insufficient evidence to support a showing of subjective deliberate indifference to Matthew’s medical condition and needs. The District Court reasoned that in order to prove that the Due Process Clause of the Fourteenth Amendment had been violated, the plaintiff must prove that Orange County Jail Staff and Health Care Agency employees deliberately ignored Matthew’s plight, and purposely left him to die of medical neglect. While their behavior strongly suggests that they were indifferent, it is difficult if not impossible to prove what is going on in somebody else’s head.

An Objective Standard is Applied by the Appeal Court: the Reasonable Person Standard

The Sehat Law Firm filed an appeal on Mary Gordon’s behalf to the U.S. 9th Circuit Court of Appeals on December 8, 2017. On April 30, 2018 the 9th Circuit Court of Appeals vacated the Central District Court’s ruling and remanded the case back to the District Court for further action, stating that they used the wrong standard. The correct standard is not subjective deliberate indifference, but objective deliberate indifference. In other words, the reasonable person standard is the correct standard to apply. For the detailed legal reasoning applied to the 9th District Appeal Court’s ruling, read the published Opinion.

Instead of trying to prove what the defendants subjectively were or may have been thinking the objective standard asks, what would a reasonable person do in similar circumstances? Would a reasonable person expect that Matthew Gordon would be in danger of death or serious bodily harm if steps were not taken to render medical assistance? By applying the objective deliberate indifference standard, a ruling can be reached based on the defendants’ actions or lack thereof which caused Matthew Gordon’s death.

Not all court opinions are published. The fact that the 9th Circuit Court’s opinion in Gordon v. County of Orange was published indicates that this ruling is a game-changer.  It should now be easier to hold Prison Guards and Jail Medical Personnel legally accountable when they ignore the plight of inmates going through withdrawal. Hopefully, this will stop the deaths.

People are dying in jails across the nation as the national opioid epidemic continues to claim more victims. When somebody is arrested and they are addicted to an opioid drug, they will begin to experience withdrawal unless they can gain access to their drug in jail. A person can die from opioid withdrawal without medical attention. We have reports of people dying in jail after being arrested for a minor offense such as a traffic violation or unpaid tickets.

One young woman in Nevada, arrested for unpaid tickets, was given a mop and told to mop up her own vomit by the guard who had assured her mother during a phone call that he would ensure she was okay in jail because he has daughters of his own. She couldn’t mop the floor perfectly as she was too sick to stand up and had to use the mop while in bed. He then pointed out to her where she’d missed a couple of spots. She died from withdrawal with a hospital right across the street from the jail soon after being forced to mop up her own vomit while deathly ill.

Her parents have filed a Wrongful Death lawsuit alleging her Civil Rights were violated and that the guards inflicted cruel and unusual punishment. Hopefully, with the recent 9th Circuit Court of Appeals ruling it won’t be necessary to prove what was going on in their heads. A jury can decide whether a reasonable person would act the way these jailhouse guards acted towards somebody who was deathly ill and in obvious need of medical attention.

Are You or a Family Member a Victim of Jailhouse Abuse or Neglect?

Many people have family members who suffer from addiction. The opioid epidemic sweeping our nation was precipitated by tens of thousands of people becoming addicted from taking a legally prescribed opioid medication. Sometimes somebody we love who is addicted is arrested and then we hope and pray they can get the help they need. At the least, if a loved one in jail needs medical attention while in custody, we assume that they will receive the medical attention they need and which is guaranteed by our United States Constitution. While jail can be dangerous, most people think the danger comes from being around other inmates, perhaps with histories of violent crimes. We don’t want to worry that our loved ones are in danger from the very law enforcement and medical personnel who have been sworn to protect and serve.

Hello, my name is Cameron Sehat. If you or somebody dear to you suffers any kind of abuse or neglect from Sheriff’s Department employees or Jail Medical Staff while in custody, I will do everything in my power to demand justice. We will continue to fight for your rights, no matter what it takes, if necessary appealing your case all the way up to the United States Supreme Court.

If jailhouse guards and medical personnel are allowed to get away with systematically violating the rights and liberties guaranteed to all by our United States Constitution, we don’t have any rights. Together we can hold Law Enforcement and Medical Personnel accountable to abiding by the law.